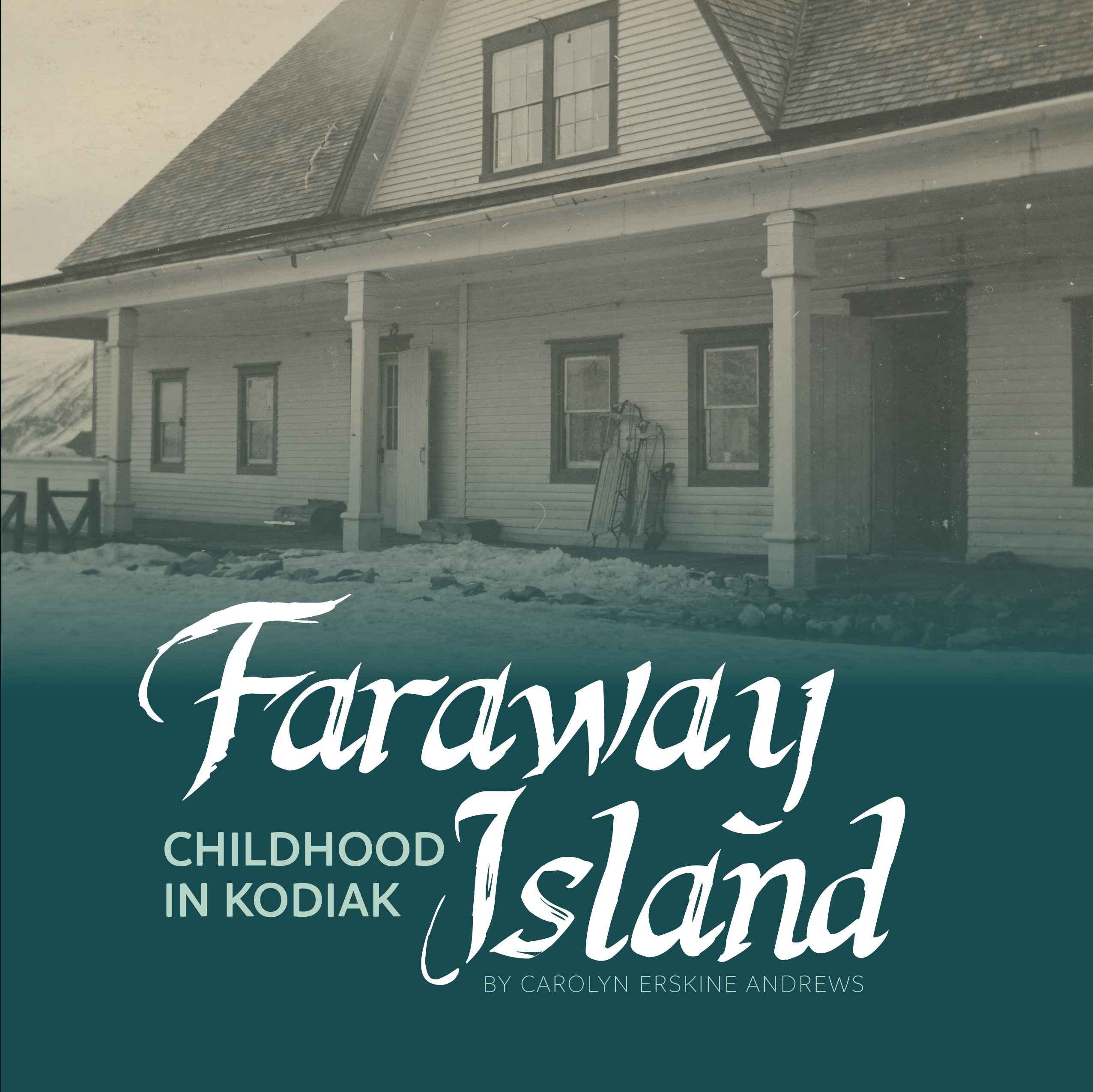 In honor of the soon-to-be republished new edition…

Join us on December 11th and 12th for a series of Q&As on Zoom with Kodiak experts based on themes from Faraway Island: Childhood in Kodiak by Carolyn Erskine Andrews.

These will be free virtual events and participants will receive a free digital copy of the book when they sign up.

Join us for one session or Zoom in for them all. Let us know you’re coming by filling out the registration form below!

Reach out to us at outreach@kodiakhistorymuseum.org with questions or difficulties. 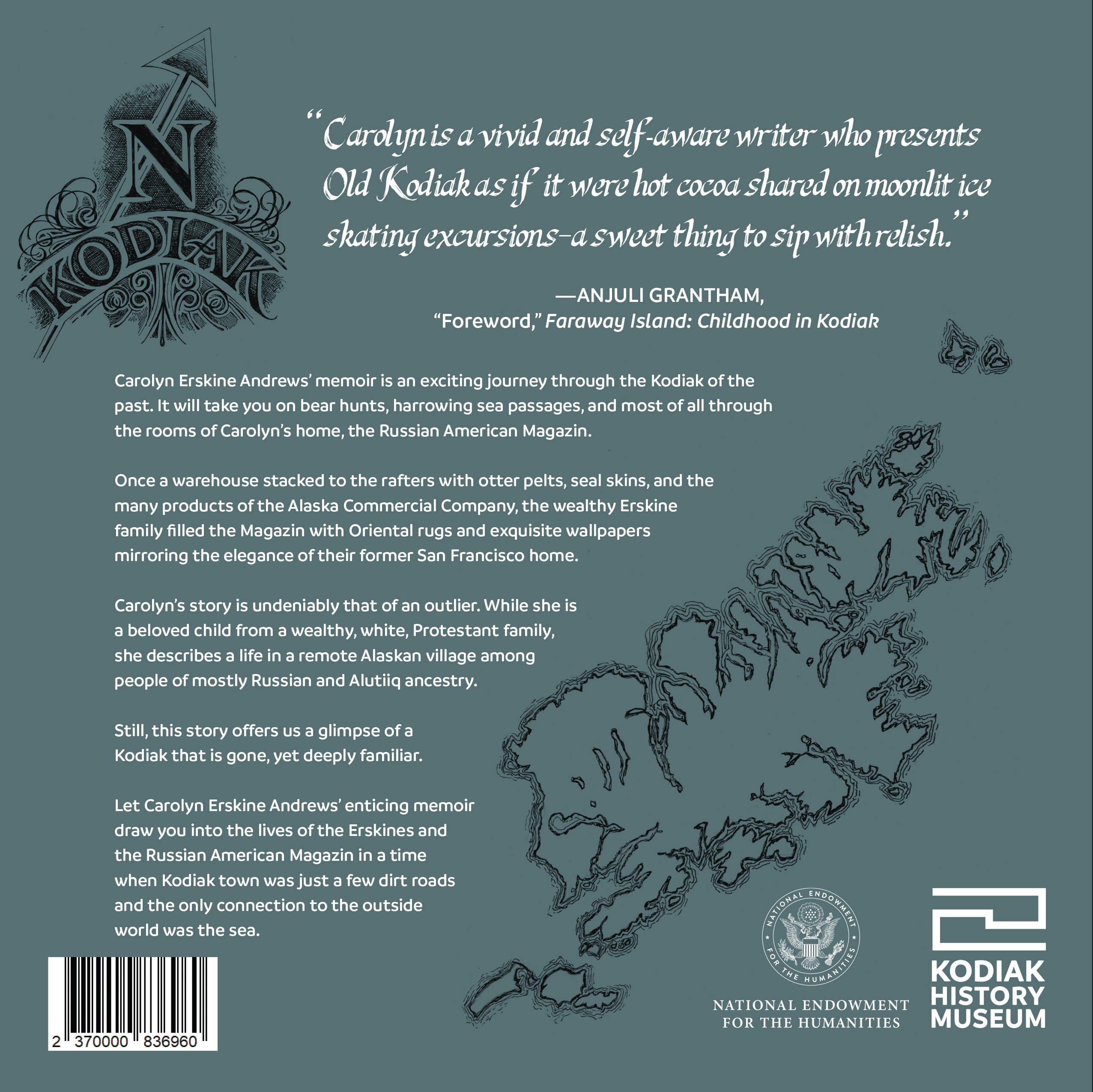 Not sure if you’re interested? Here’s a sneak peek from the back cover of the new book:

Carolyn Erskine Andrews’ memoir is an exciting journey through the Kodiak of the past. It will take you on bear hunts, harrowing sea passages, and most of all through the rooms of Carolyn’s home, the Russian American Magazin.

Once a warehouse stacked to the rafters with otter pelts, seal skins, and the many products of the Alaska Commercial Company, the wealthy Erskine family filled the Magazin with Oriental rugs and exquisite wallpapers mirroring the elegance of their former San Francisco home.

Carolyn’s story is undeniably that of an outlier. While she is a beloved child from a wealthy, white, Protestant family, she describes a life in a remote Alaskan village among people of mostly Russian and Alutiiq ancestry.

Still, this story offers us a glimpse of a Kodiak that is gone, yet deeply familiar.

Let Carolyn Erskine Andrews’ enticing memoir draw you into the lives of the Erskines and the Russian American Magazin as it was in the early 20th century.