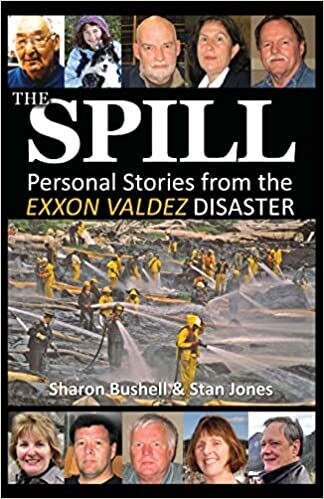 A Warning for Future Generations: Twenty years after the Exxon Valdez ran aground on Bligh Reef, sixty-two men and women share personal stories of what they saw, how they reacted, and how they coped with North America s worst tanker oil spill. Their anger and anguish had receded from view like oil seeping into rocky crevices on the beaches of Prince William Sound, but the terrible memories were never far from the surface. The stories tell of a shockingly slow response, the struggle to save the stricken tanker, the often heroic but largely futile efforts to limit the spread of oil and clean the beaches, a heart-breaking loss of fish and wildlife, a crippling blow to the commercial fishing industry, lingering social problems, and a loss of innocence among Alaskans who believed this spill would never happen. Reliving their experiences are fishermen, Native villagers, biologists, environmentalists, sociologists, Exxon executives, the governor, mayors, journalists, workers who washed oily rocks even the skipper of the ill-fated ship. For many of them, as one sociologist put it, the only way the Exxon Valdez disaster will end is when they die. For the rest of us, the spill is a cautionary tale about the high cost of complacency and neglect, and fair warning of the perils of putting off disaster planning for another day. One day, tomorrow will be too late.