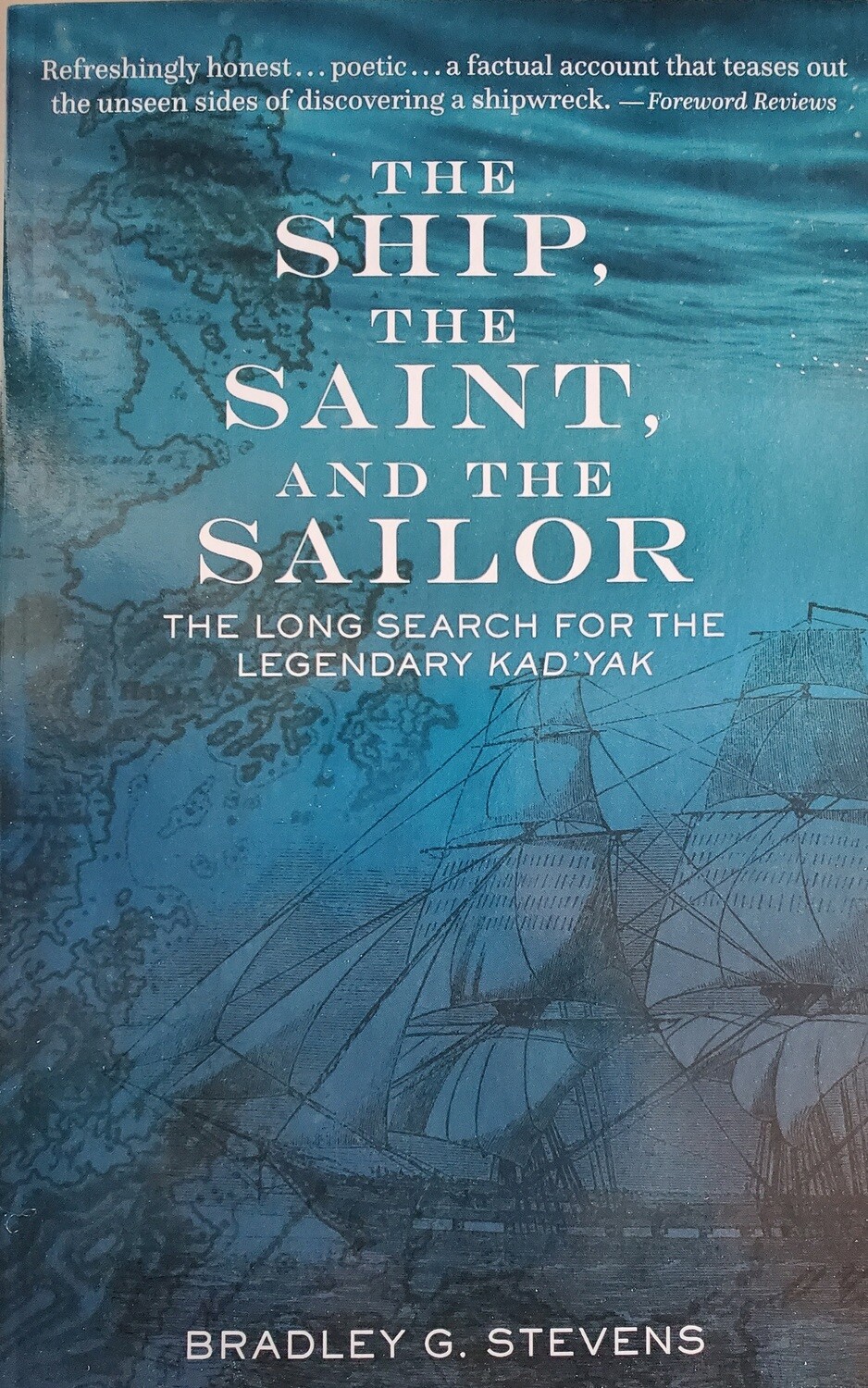 The Ship, The Saint, and the Sailor

The true story about a shipwreck discovery, exciting explorations, broken alliances, and returning a lost piece of Alaskan history.

Since its sinking in 1860 while transporting a valuable cargo of ice, the Kad’yak ship had remained submerged underwater and faded in Alaska’s memory, covered by the legend of an experienced but perhaps rusty sailor and a broken promise to a saint. At the time the ship had been under command of the well-recognized Captain Illarion Arkhimandritov, who had sailed in Alaskan waters for years. It seemed a simple task when he was asked to placate superstitions and honor the late Father Herman, or Saint Herman, on his next visit to Kodiak Island. But Arkhimandritov failed to keep his promise, and shortly thereafter the Kad’yak met its demise in the very waters the captain should have been most familiar with―leaving just the mast above the water in the shape of the cross, right in front of the saint’s grave. Presumed gone or else destroyed, it wasn’t until 143 years later that the Kad’yak was found.

In this riveting memoir, scientist Bradley Stevens tells all about the incredible discovery and recovery of the ship―deciphering the sea captain’s muddled journal, digging through libraries and other scientists’ notes, boating over and around the wreck site in circles. Through careful documentation, interviews, underwater photography, and historical research, Stevens recounts the process of finding the Kad’yak, as well as the tumultuous aftermath of bringing the legendary ship’s story to the public―from the formed collaborations to torn partnerships to the legal battles.

An important part of Alaska’s history told from Stevens’s modern-day sea expedition, The Ship, the Saint, and the Sailor reveals one of the oldest known shipwreck sites in Alaska discovered and its continuing story today.