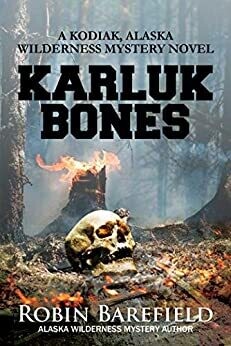 "When two men, recently discharged from the air force, set out for a hunting trip on Kodiak Island in Alaska, they expect the adventure of a lifetime. Instead, they find themselves embroiled in a never-ending nightmare. More than forty years later, biologist Jane Marcus and her friends discover human remains near Karluk Lake in the middle of the Kodiak National Wildlife Refuge. Jane soon learns a bullet was responsible for shattering the skull they found. What happened? Was the gunshot wound the result of a suicide, or was it homicide? Who was this individual who died in the middle of the wilderness, and when did he die? Jane can't stop asking questions, and she turns to Alaska State Trooper Sergeant Dan Patterson for answers. Sergeant Patterson doesn't have time for Jane and her questions because he is investigating the recent murder of a floatplane pilot on the island. Was the pilot shot by one of his passengers, by another pilot, by campers in the area where his body was found, or did his wife hire someone to kill him? The number of suspects in the case overwhelms Patterson, but a notebook in the pocket of the dead pilot provides clues to the last weeks of the pilot's life. With no time to spare for old bones, Patterson gives Jane permission to research the remains she found near Karluk Lake. Jane's investigation into the bones seems harmless to Patterson, but she awakens a decades-old crime which some believed they'd buried long ago. Will Patterson find who murdered the pilot before the killer leaves the island, and will Jane's curiosity put her life in danger? What evil lurks at Karluk Lake?"

Robin Barefield lives in the wilderness on Kodiak Island, where she and her husband own a remote lodge. She has a master's degree in fish and wildlife biology and is a wildlife-viewing and fishing guide. Robin has been published in scientific publications and APHA Magazine and writes a wilderness blog and her lodge's newsletter. She draws on her love and appreciation of the Alaska wilderness as well as her scientific background when writing.