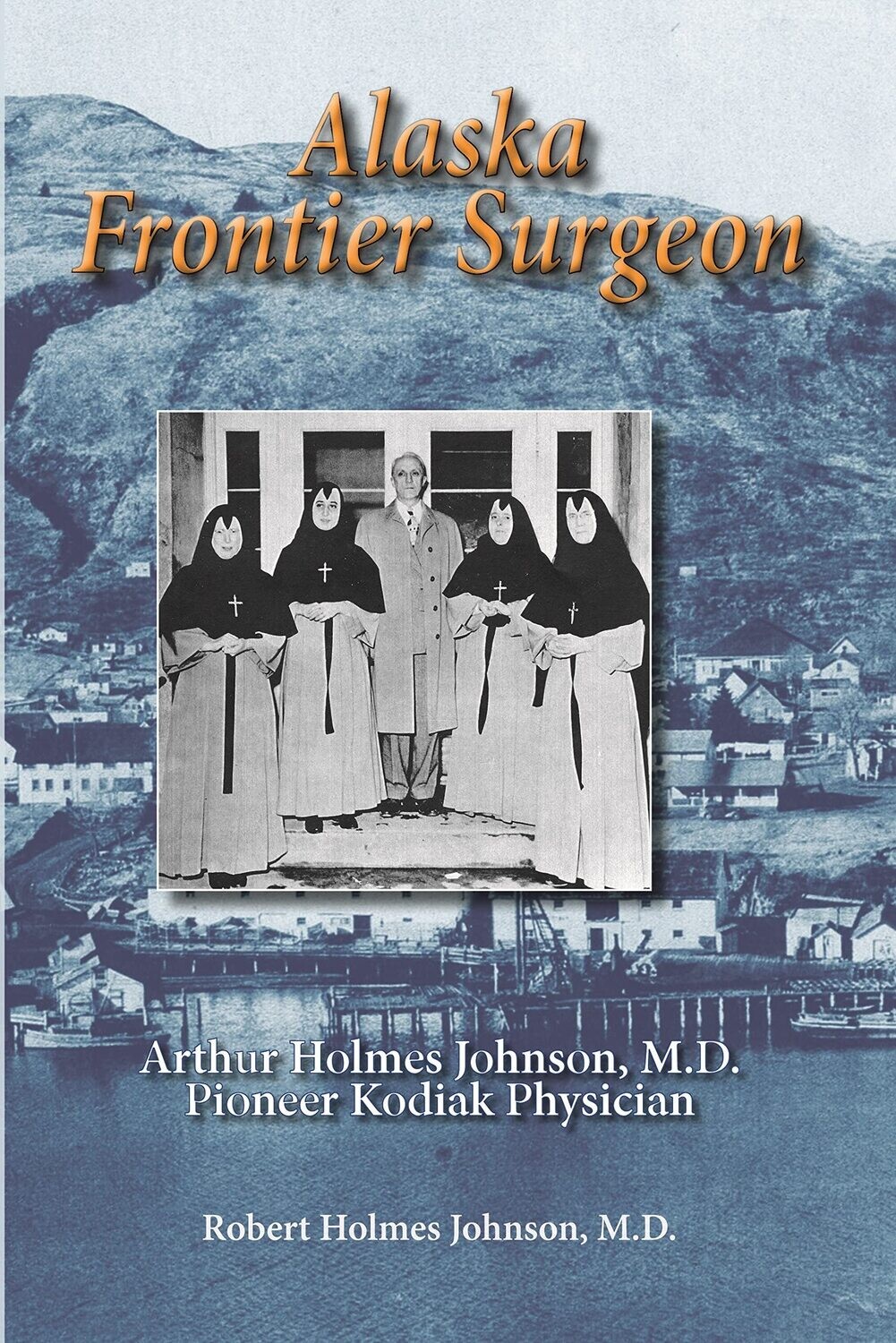 "When A. Holmes Johnson landed in Kodiak just before World War II, Kodiak was an unincorporated village, a far different place than it is today. The streets were unpaved. There were two stores but no medical facilities. Dr. Johnson and his family adopted Kodiak as their home. They provided medical care and led efforts to bring about its growth and improvement.

Before Kodiak, Dr. Johnson had a surgical practice in Oregon. In his youth, he served as a missionary in Rhodesia modern day Zimbabwe. When the United States entered World War I, powered by a strong sense of duty, he left the mission, returned to America and joined the Army. Armistice Day found him arriving on the front lines in France.

Completing his medical education, he practiced surgery in Portland during the thirties depression. He spent one summer in the Territory of Alaska as a cannery physician Bristol Bay. On the way home, the ship stopped in Kodiak. A sunny day, a peaceful, pastoral community with no doctor and he was hooked!

As an activist seeking better education and medical services for the people, he met, worked with, and befriended people who became the leaders of the new state in 1959. He not only witnessed history, he also made it. Written by his son and partner in medical practice, Alaska Frontier Surgeon chronicles A. Holmes Johnson's remarkable life and many contributions to Alaska and generations of Alaskans."

R. Holmes Johnson joined his father in practice in 1955. "Dr. Bob" earned his medical degree from the University of Washington and interned at Methodist Hospital in Brooklyn, New York, where, thirty years earlier, his father had done his surgical internship. The two practiced together for nine years in Kodiak, Alaska. He is retired and lives with his wife in Kodiak.