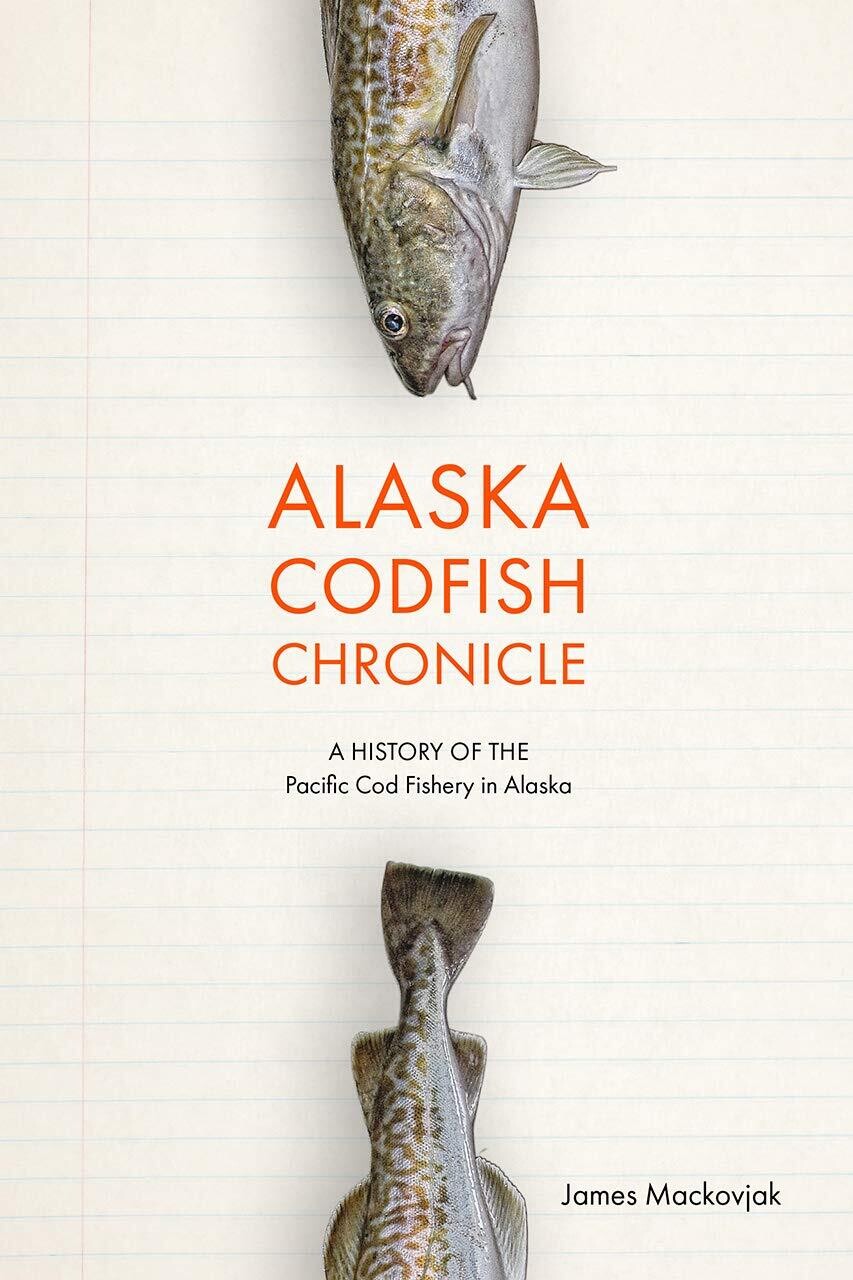 by James Mackovjak, of Gustavas, AK

"Cod is one of the most widely consumed fish in the world. For many years, the Atlantic cod industry took center stage, but partly thanks to climate change and overfishing, it is more and more likely that the cod on your kitchen table or in your fast-food fish sandwich is a product of Alaska’s Pacific cod fishery.

Alaska Codfish Chronicle is the first comprehensive history of this fishery. It discusses the early decades of the fishery’s history, during which cod were caught on handlines by lone fishermen working from oar-powered dories, then moves on to the post-World War II years, when U.S. coastal waters—particularly in the Bering Sea—were “invaded” by foreign fishing fleets. The modern era of the Pacific cod fishery’s history follows. It began in 1976, when the U.S. claimed a 200-mile-wide exclusive economic zone along its coasts and began Americanizing the fisheries—replacing the foreign fleets with U.S. vessels and processing facilities.

This history is extremely well documented, does not spare details, and is yet accessible to general readers. It incorporates nearly a hundred photographs and illustrations and is sprinkled with numerous observations from fishing industry journals and reports, and even includes several poems and recipes. Overall, this is an especially thorough and unique account of one of Alaska’s most iconic and important fisheries."

James Mackovjak has been involved with Alaska’s fisheries since he first arrived in Alaska in 1969, working as a commercial fisherman and operating a small fish-processing business at Gustavus, in Southeast Alaska. In 2013, the Alaska Historical Society awarded James Mackovjak the Pathfinder Award for "important reference works on timber, freighting, salmon traps".